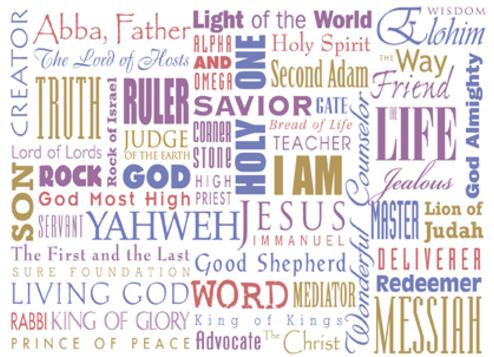 It is foundational doctrine within Christianity that Jesus is God incarnate.   God the Father is the first person, Jesus the second person, and the Holy Ghost is the third person in the Trinity.   They are three co-equal and co-eternal persons in one Being.   It is not easy to grasp, but that does not make it untrue.   Another way which may be easier to grasp this concept is to think of water.   Water can be in three states of matter, liquid (water), solid (ice), and gas (steam), but it is all still water.  Just like water can be in three states of matter and still be water, God is manifested in three personages and all still make up one being in God.  Another example would be time; time can be in the past, present and future, but it is all still time.  If this belief is not what you have been taught about Jesus, then you have a different Jesus than the Bible.

However, Mormon doctrine teaches Jesus and God the Father are distinct and separate Gods; Jehovah (Jesus) is the literal spirit child of Elohim in the pre-existence and Elohim is God the Father.  When questioned about their belief on a plurality of gods, Mormons will typically state they only believe in one God, as the Father, the Son and the Holy Ghost are “one in purpose.”  They will further state they only worship One God, the Father.  But is this what the Bible affirms in how it is presented?

Elohim is the general name of God in Hebrew from the Old Testament.  In virtually all of the more than 2,500 times it is used in the Old Testament, it is shown as "God".  Elohim is the plural form of the Hebrew word El, which has been a point of confusion among Mormons because if the word is plural they feel there must be plural Gods.  However, this is in perfect harmony with the Christian view of the Trinity as in the original Hebrew, Elohim is regularly used with singular pronouns, verbs and adjectives, and based on Hebrew grammar rules, it is implied the name be translated in the singular form.  Remember the Trinity is represented by the Father, the Son, and the Holy Ghost as three co-equal, co-eternal persons in one Being.  However, there are a few verses which do not follow this rule such as Genesis 1:26 where God said let us make man in our image.  This verse still fits within the Christian view of the Trinity: Three divine persons unified in one Being.

Context is important with the Hebrew name Elohim as it can translate as the one true God or a false god.  This is where the translators language system comes into play.  Although I don't list it above, a false god(s) in the Bible is shown as "god" or "gods" with a lower case "g."  The designation for the one true God is show as "God" in the Bible.  This is plainly evidenced in many scriptures within the Bible when contextually read.

Examples of the one true LORD our God and false "gods" in the Bible are identified in verses such as:

Exodus 20:2-3 "I [am] the LORD thy God, which have brought thee out of the land of Egypt, out of the house of bondage. Thou shalt have no other gods before me."

1 Corinthians 8:4-5 "As concerning therefore the eating of those things that are offered in sacrifice unto idols, we know that an idol [is] nothing in the world, and that [there is] none other God but one. For though there be that are called gods, whether in heaven or in earth, (as there be gods many, and lords many,)."

As you can plainly see, each off these verses in context show "gods" or "lords" as idols that people create in their head and put before the one true LORD our God.

God did not reveal His personal name until Moses 6:2-3 "And God spake unto Moses, and said unto him, I [am] the LORD: And I appeared unto Abraham, unto Isaac, and unto Jacob, by [the name of] God Almighty, but by my name JEHOVAH was I not known to them."

Examples of verses that show the LORD God is the same God with a personal name and is not two different people are:

This verse literally translates:  Jehovah our Elohim is one Jehovah.

Deuteronomy 4:35 "Unto thee it was shewed, that thou mightest know that the LORD he [is] God; [there is] none else beside him."

Again, this translates Jehovah is God; there is none else [no other Gods] besides him.  This is something which occurs hundreds of times in the Bible and does not allow for the Mormon view of Elohim being God the Father and Jehovah being the pre-existent Jesus Christ.

The other name of God which occurs often, but much less than Jehovah, is the name Adonai, the plural of Adon.  This name translates as Master.

An example in the Bible that uses all three within the same verse is Joshua 7:6-7: "And Joshua rent his clothes, and fell to the earth upon his face before the ark of the LORD until the eventide, he and the elders of Israel, and put dust upon their heads. And Joshua said, Alas, O Lord GOD, wherefore hast thou at all brought this people over Jordan, to deliver us into the hand of the Amorites, to destroy us? would to God we had been content, and dwelt on the other side Jordan!"

Another example demonstrating the error in Mormon doctrine is Psalm 110:1 "The LORD said unto my Lord, Sit thou at my right hand, until I make thine enemies thy footstool."

Here the LORD (Jehovah - God the Father) says to the Lord (Adona - Jesus Christ the Son pre-incarnate) to sit at the right hand of the throne.  This verse represents the Christian Trinity as three divine persons unified in one Being who is God and triune in nature.

However, LDS Apostle Bruce McConkie had this to share regarding Psalm 110:1 in a Mormon brochure titled "What Mormons Think of Christ":  "The Lord (Elohim, the Father) said unto my Lord (Jehovah, the Son), sit at my right hand."  It is impossible to come to this translation when properly using the language system the translators used in the translation of the King James Version of the Bible.  McConkie is ignoring this language system so he may (erroneously) fit the verse into the Mormon doctrine of God the Father and Jehovah the Son as being distinct beings and plural Gods.  He blatantly changes the text of the verse from "LORD" to "Lord" and gives them different names for what he rendered the same display of "Lord."

There are many other verses in the Bible showing the triune nature of God and contradicting the Mormon doctrine of a godhood of three distinct beings if you will only read and study the Bible (For example please visit CARM's Trinity chart).  Don't just assume what you are being taught is accurate.  Question the teaching so you can better understand it and test it against God's word to see if it flies.  This will only strengthen a testimony.  Please realize the Mormon doctrinal teaching of the Father, Jesus Christ, and the Holy Ghost is not biblically based, but created in the mind of men.  This is why it is easy to test and see the error.  If your church teaches a false god and lord who is not the one true LORD (Jehovah) God (Elohim) of the Bible, then can your belief and hope in a false god save you? 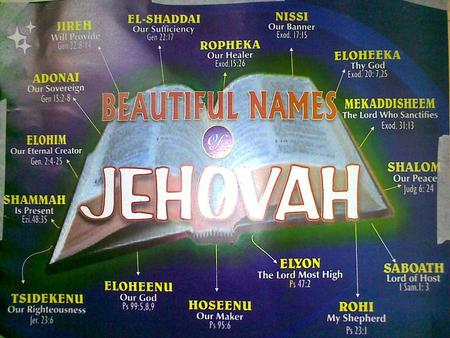